‘Good drying weather,’ I thought as I tried to see a positive side to the situation.

So the basket of damp washing that had been moldering in the utility room for several days waiting for clement weather was hung out to dry. The effort to achieve that was equivalent to a good workout in the gym.

After ten minutes I went to the window to check on how the laundry was doing.

Do you recall ever seeing outdoor flags that have deliberate holes sewn in them? It’s only on a windy day that you realise what they’re for – safety valves. Without them, flags quickly snap themselves into stringy ribbons in a big wind.

I watched one pair of jeans trying to do just that. I could see them transforming into one of those walk-through bug screens that hang from doorways and I figured I’d better bring the washing in. That’s when I noticed an item of clothing was missing – a black hoodie.

I thought about the hood and imagined a flag that had a deliberate closed pocket sewn into it and then I automatically thought about paragliding – the hoodie must have taken off and gone for a flight over the estate.

I walked about the streets behind the house but there was no sign of the AWOL hoodie. I felt heartbroken and completely bewildered by the mystery of its disappearance.

As a result I’m now printing off a dozen A4 posters to appeal for its return – if it works for cats, it might just work for hoodies.

I’ll keep you posted about its fate.

A neighbour found it. It was hiding behind a large plant pot in their garden. Probably spent the night getting stoned on weeds or something. 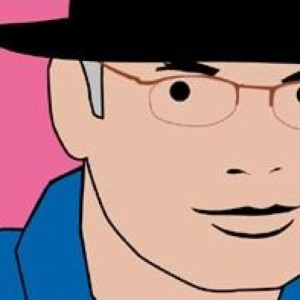 PrevPreviousStatues
NextWe got sent the first example of a coloured cartoon!Next